Here is a summary of exhibitions

I have held in Crete:

2000:  Came to Crete and was commissioned to make a wallhanging with pockets embroidered with Minoan and Egyptian motifs for the deputy manager of the Creta Paradise Hotel, Gerani. Also had a display case there for my work.

2010: One of seven artists in “A Visit to the Studio” at the Yiali Tzamisi Mosque, Hania.

2013: Showed “Wild Fashion/Patchwork Palace”, turning fabric design into collage on the buildings of the Alhambra in Granada and “Table Top” – collages of the decorative and strange items found on tables – with “Light Travels” – textiles by Maria Hoffmeister at Yiali Tzamisi Mosque, Hania.

Also showed wacky felt bags which were bought for the shop “Proklisi” in Platanias and continued to make bags and other hand stitched accessories.

2014:  Showed “Dreamscapes” – semi-surreal collages, often on a ground of monotype, “Garden Girls” and “Tree Spirits” with images of the sea by Cathy Cogill and paintings and mosaics by Balsam Wood in “Contrasts: Mood and Imagination” at the Sailing Club of Hania.

2017  The Living and the Lost exhibition of collage with works by Hercules Papadakis at the Karolos Monastery, Hania.

“CARDS TO KEEP” is my selection of hand made greeting cards, blank inside for a message. The idea is to keep and perhaps frame the card’s image. Here are a few:

The next four cards are from the series “Goddess in the Garden” and the following four on eastern themes. 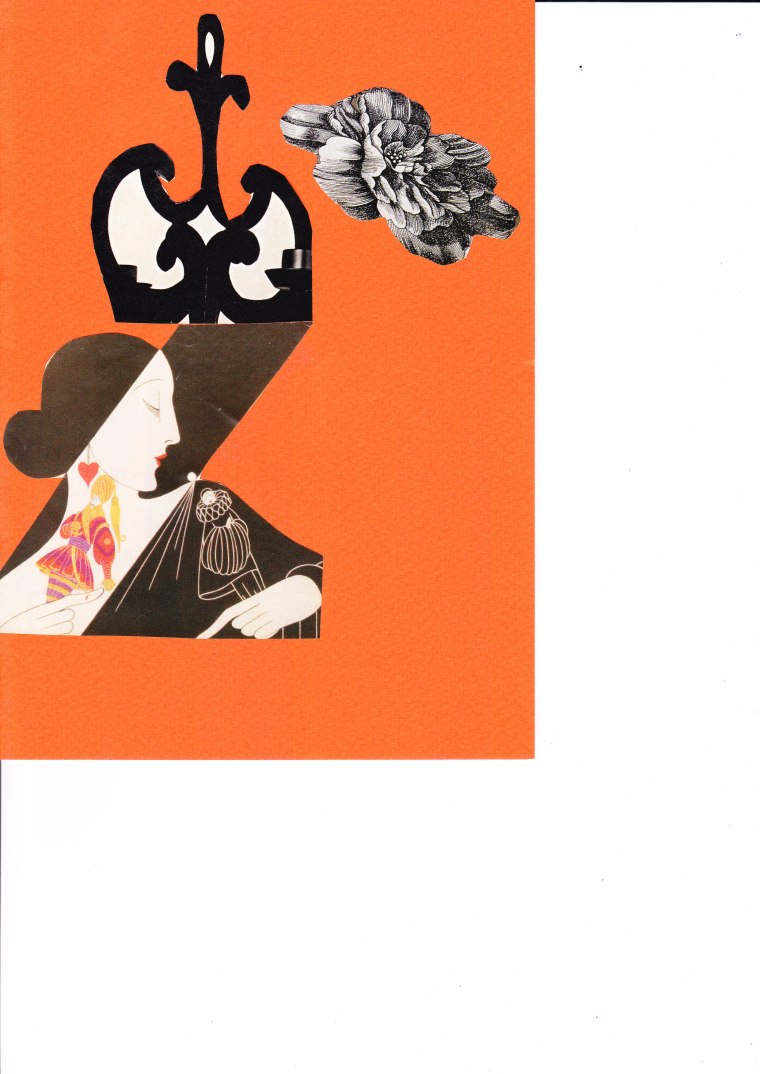 From a sick man who had a black cat slit open, laid over his stomach and left to rot, to a small glass eye allegedly giving protection, superstition has taken strange turns – not least  when embroidered on clothes. From geometrics and trees of life to fish, dragons and birds, items have been stragetically placed on fabrics, from China and Africa to  eastern Europe and positively held to protect from bad luck or worse.

Nonsense, of course. But inspiration for painting and collage. I am compiling mixed media works based on the images thought in the past – and even in the present – to provide this protection.

Evil spirits were suspected everywhere. Animals could transform into them, there were jinns, witches, liver eaters. They only had to eye you to cause disaster.

It was thought fertility, for instance, could be protected by appropriate decoration. So embroideries were carefully placed in patterns of mystical power.

Here are some of the works I’ve done:

Birds represented the spirit and were seen as messengers from heaven, bearing dead souls to the Afterlife where they too would become birds. Some Siberians tattooed birds on their shoulders to keep the soul in the body and carved birds on cradles so the children would not sleep walk in the wild. Birds were embroidered on fish skins for bridal robes – symbols of the soul that would lodge in future children.

FISH were seen as protective and bringers of good luck. Living in water, they were immune to the “evil eye”.

THE EYE AND THE HAND

The “evil eye” was a constant threat and many devices were ranged against it. The hand containing an eye was prominent; the Hamsa or the Hand of Miriam appeared among the Jews. Miriam was the sister of Moses and Aron and as Moses led the Israelites for forty years from Egypt  through the desert, she had the knack of finding water all the way.

In the Moslem world , the hand and eye are the Khamsa, the fingers representing the five pillars of wisdom. The eye in the centre is “the all-seeing eye that misses nothing”.

Brides and babies were thought to be particularly susceptible to the evil eye and wore patterns arranged to defy it. They dazzled with bright colour, coins, mirrors, sequins and objects with sharp corners, such as triangles, in an attempt to pierce the eye.

THE GREAT GODDESS AND THE TREE

The Great Goddess and her association with fertility was often depicted, frequently related to trees. And the Tree of Life was vital, symbolising birth, maturity and death with its trunk linking heaven and earth.

GEOMETRY AND THE SPIRAL

The spiral, found in much protective pattern, was the symbol of the cosmic force and its shape trodden on the ground to sanctify it before building a city.

The triangle defined a woman’s sexual parts, evoking fertility. In embroidery it was often used as a zig-zag along edges. Circles, like spirals, were symbols of the cosmic force of the sun and moon and of the motion of the wheel. They were thought to protect from evil spirits.  And the square was thought to be magically protective  by the Chinese, Indians, Arabs and Persians.

The Boteh or, as we know it, paisley,  was thought to hold the soul bird, as the sun held the soul and was believed to have powers of witchcraft. It developed in Mughal India from a Persian droplet-shaped vegetable design.

In the 18th century it was called “Persian Pickles” by American traditionalists, especially quilt makers and “Welsh Pears” in Wales. Paisley in Scotland was a  major textile centre and there the shape flourished.

From Sassanid times in Persia, it became a prevailing design on royal regalia, clothes and gifts and even street dress. It was woven, using gold and silver threads on silk and found on objects from paintings and carpets to jewellery.

was my collection for the exhibition IDEAS UNLIMITED at the Sabbionara Gallery, Hania in July 2016. Afterwards the exhibition was transferred to St George’s Gate in Iraklion for one week.  The succubus  was an invention of the medieval church – a demon woman who seduced and demolished men!  So she could combine the decorative and surreal. Here are some of the works shown:

Here is a selection of work inspired by the sea by Hercules Papadakis: 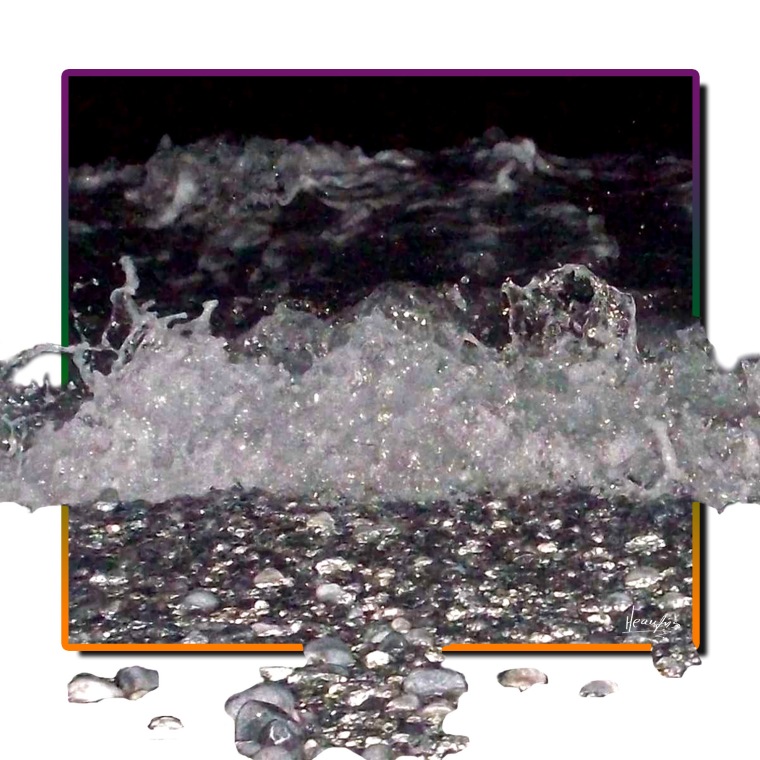 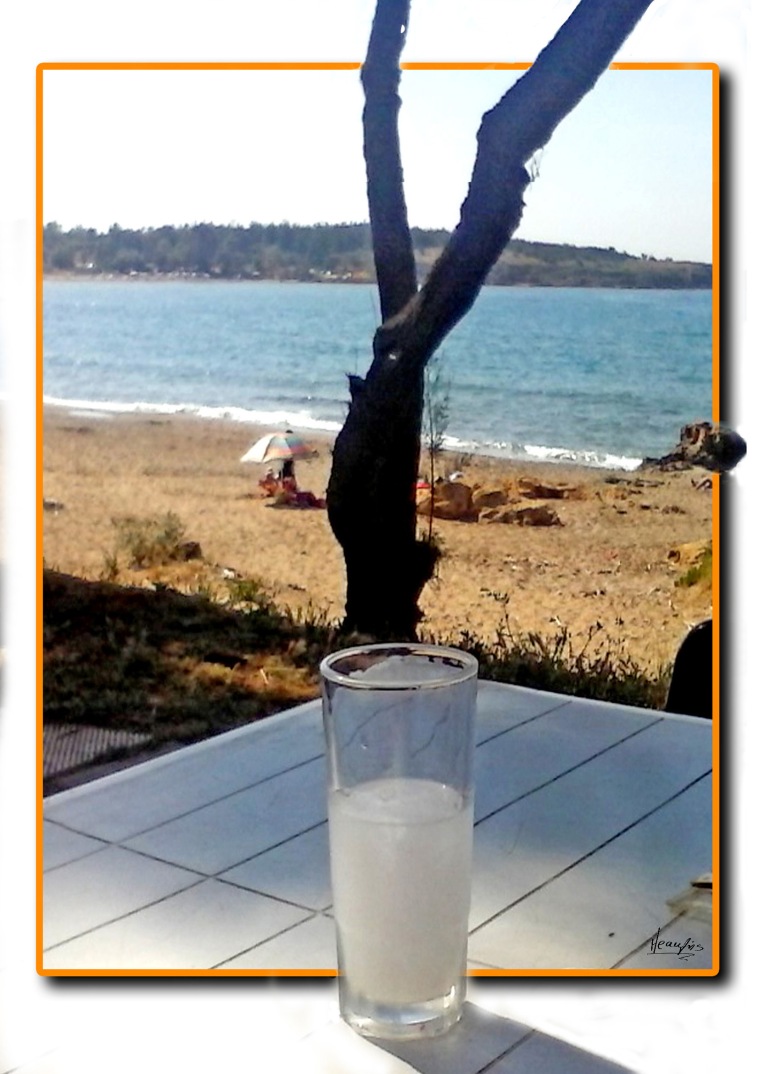 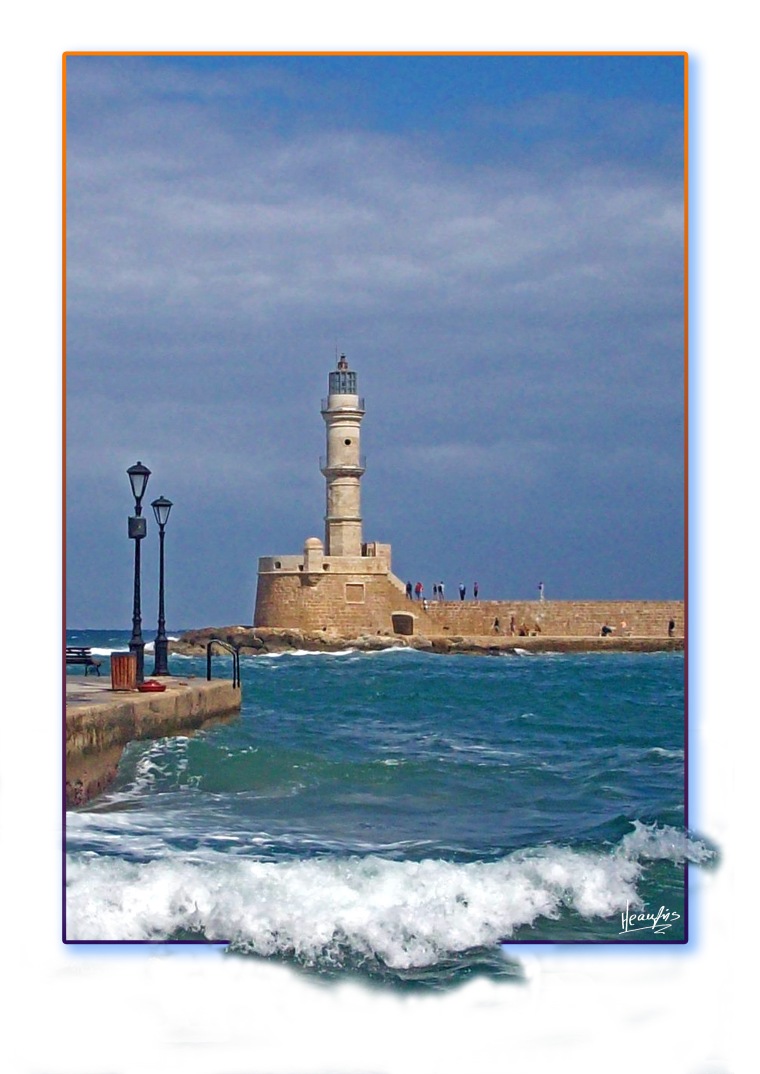 These are other works from “Ideas Unlimited”