This workshop explores man’s creation  of the bizarre, sometimes half human beasts; mythical creatures, from the grim chimaera to elegant Pegasus, that have timeless symbolic, political and visual impact.

The SPHINX may have come from an icon showing the winged moon goddess of Thebes, whose composite body represents the two parts of the Theban year – a lion for the waxing part and a serpent for the waning aspect. The new king would offer her his devotions before marrying her priestess, the Queen.

Oedipus. on his travels, confronts the Sphinx and is asked the riddle she learned from the Muses: “What being with only one voice, has sometimes two feet, sometimes three, sometimes four, and is weakest when it has the most?”

Those who had not solved the riddle she throttled and ate on the spot, but Oedipus answered, “Man, because he crawls on all fours as an infant, stands firmly on two feet in his youth and leans on a stick in old age.”

The Sphinx was so mortified she leapt from the mountain to be dashed to pieces in the valley below and Oedipus was acclaimed king by the grateful Thebans. Was he, in fact, a 13th century BC raider of Thebes who repressed the old Minoan cult of the goddess and reformed the calendar? Such speculations lie beneath mythology. 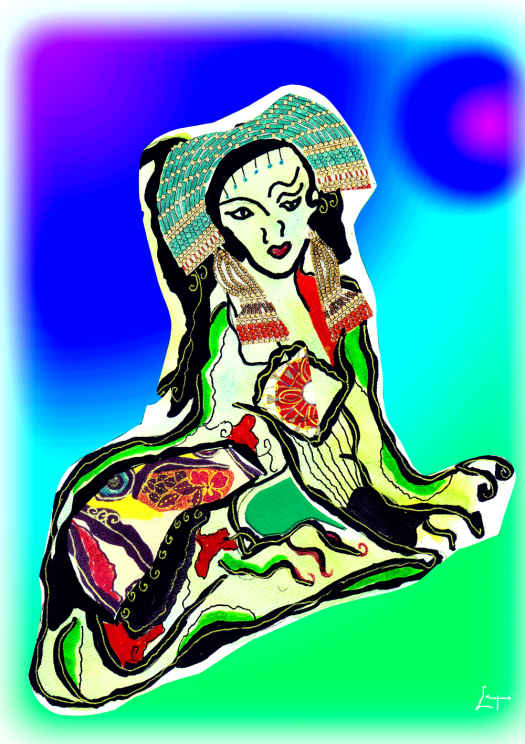 THE CHIMAERA AND PEGASUS

The Chimaera, fathered by  serpent-headed Typhon, was half lion and half goat and lashed a viper’s tail. Bellerophon was a prince from Corinth who stayed with Proetus, the king of Argos. His wife, Anteia, pursued Bellerophon and when rejected, claimed Bellerophon was pestering her.

Her father, Iobates, learned of the accusation and claimed Bellerophon, as a dangerous adulterer, should be put to death.

Not wanting to commit the murder himself, Iobates told Bellerophon of the chimaera which needed slaying and suggested Bellerophon was the man to do it. Not wishing to be considered a coward, Bellerophon agreed to try.

A soothsayer told Bellerophon he would only succeed if he approached the chimaera on Pegasus, the winged horse fathered by Poseidon and which had sprung from the severed head of the gorgon Medusa. But first Bellerophon had to catch Pegasus with a golden bridle. Athene appeared to him with the bridle and Bellerophon managed to capture Pegasus.

He rode off to destroy the chimaera, shooting countless arrows as he flew overhead. The chimaera weakened, then Bellerophon put a lump of lead on the end of a spear and thrust this down the monster’s throat. The fire breathed by the chimaera melted the lead and it ran into its stomach, causing a slow, painfull death.

Eventually, after setting Bellerophon other tasks, Iobates was convinced he could not be the dishonourable man Peoetus claimed and he offered the prince his second daughter in marriage.

Bellerophon grew conceited and eventually, considering himself equal to the god, decided to visit Zeus on Mount Olympus. Zeus was outraged and as Bellerophon flew towards the mountain on Pegasus, sent a gadfly to nip Pegasus under the tail. The horse reared and plunged, Bellerophon fell off and down to the distant earth, while Pegasus kicked his heels revelling in his new found freedom. 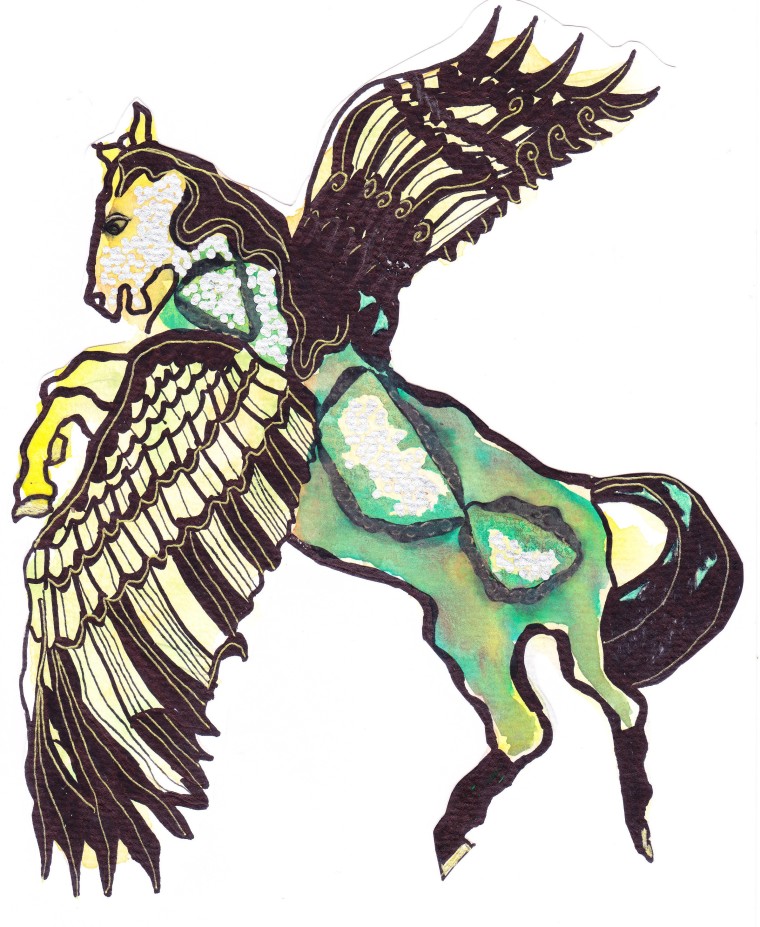 Centaurs – half man, half horse, were wild forest dwellers. Chiron was a wise one and lived in a cave under Mount Pelion. He raised and educated the sons of heroes and gods – including the doctor, Asklepios. Heracles accidentally wounded him with a poisonous arrow and Chiron suffered in the Underworld in place of Prometheus.

At the wedding of Perithoos, the Lapith, and Hippodameia,  at which Theseus helped, the centaurs got drunk and carried off the women  of the Lapiths.

Both Centaurs and Lapiths claimed descent from Ixion, an oak hero and had a horse cult in common. Some believe Lapiths and Centaurs were primitive mountain tribes from northern Greece and the Hellenes took  advantage of their rivalry, allying themselves with first one, then the other.

Early vase painting suggests another explanation of their animal behaviour as a newly installed king battles with dancers disguised as animals – part of an ancient coronation ceremony. 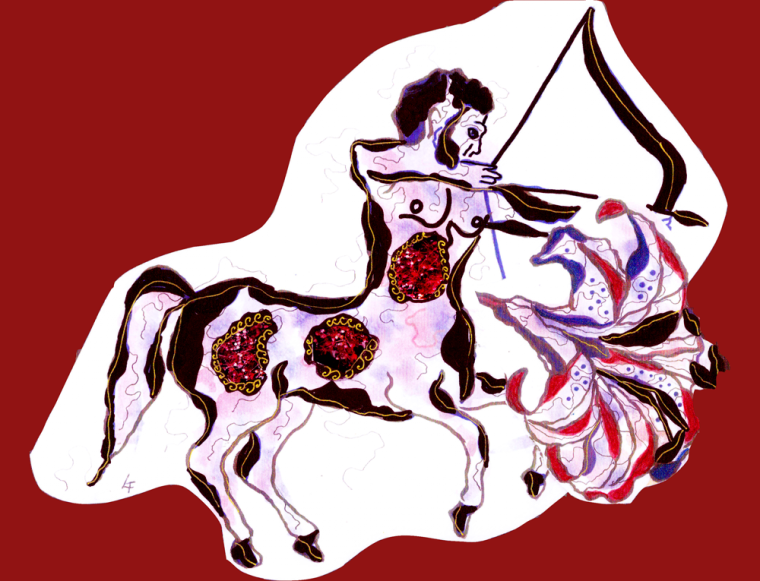 The Lamia was based on Neath – the Libyan goddess of love and battle, although some say she was named after Queen Lamia of Libya. He name also suggests “lamyros”, meaning gluttonous. Her worship was suppressed by the Archaeans and she later surfaced as a nursery bogie.

The Lamia had a face that was lecherously ugly, although she could turn into a beauty to lure her prey. She was said to be the fastest runner in the world. Her priestesses wore gorgon masks and were thought to practise infanticide.

The Lamia was said to have removable eyes which may have been suggested by a picture of the goddess about to bestow magic sight on a hero by offering him an eye.

The Griffin was enormous; fierce by nature, with the head, claws and wings of an eagle and the hind parts of a lion. He built his nest in the mountains, lining it with gold because he represented the wealth of the sun – that light which turns the east to gold at sunrise. He was used as one of the most popular symbols in heraldry.